My Precious Pooh - My Princess - Now a constant companion and adored friend to Mavis in Melbourne, but always in my heart. 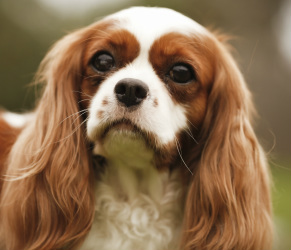 My precious little Pooh!  Once again as a result of my association with Maryanne Silvester my beautiful little girl came to stay.

Maryanne had a sweet little puppy that was being picked on by another puppy from a different litter.  This sweet little girl was so frightened by her own shadow because of the horrendous time she was getting from the other pup that she used to hide behind everything.

Maryanne handed me the puppy and told me to give her some of that special Maggie nurturing that I was renowned for (Some call it spoiling – I call it nurturing) because Maryanne had to separate the pups. This little girl needed me!  She needed to know she was safe; and she needed to know she was loved.  Our home was perfect for her.  We had a nurturing environment; the boys were very well socialised and gentle.  They had established their own pecking order with Bayley being the alpha male, Guncey being so laid back and now this precious little girl to complete the picture.

I often had boarders from the Marcavan household either for a weekend, or longer and in varying states of health or whelp so another one was of no surprise to the boys.

To start with, this little girl did not have a name, so to encourage her to walk around in this big backyard, I would encourage her with gentle sounds.  I would say to her, “come on little poppett”.  When Maryanne was registering the litter she asked me if I would like that to be her Pedigree name. It seemed the obvious choice and her call name would be “Poppy”.  Oh no it wasn’t – she turned out to be such a precocious little brat that Bethany called her a Poo to be polite.  I don’t know how many pairs of shoes she chewed and wrecked, and most of them were mine, but we thought we had better tidy her name up and call her Pooh like “winnie the pooh”.  Pooh has always been a mummies girl though.

Beth entered her into a few shows and she did not disgrace herself.  She was nice on the move and behaved herself nicely, however, she did not really have the sturdiest of temperaments for showing.  She was not aggressive, but because I had spoilt her so much, as well as the rocky start to the world, she was a bit timid and was always looking for me from the show ring rather than watching what the judge was doing and paying attention to Beth.  Well that ended her show career.